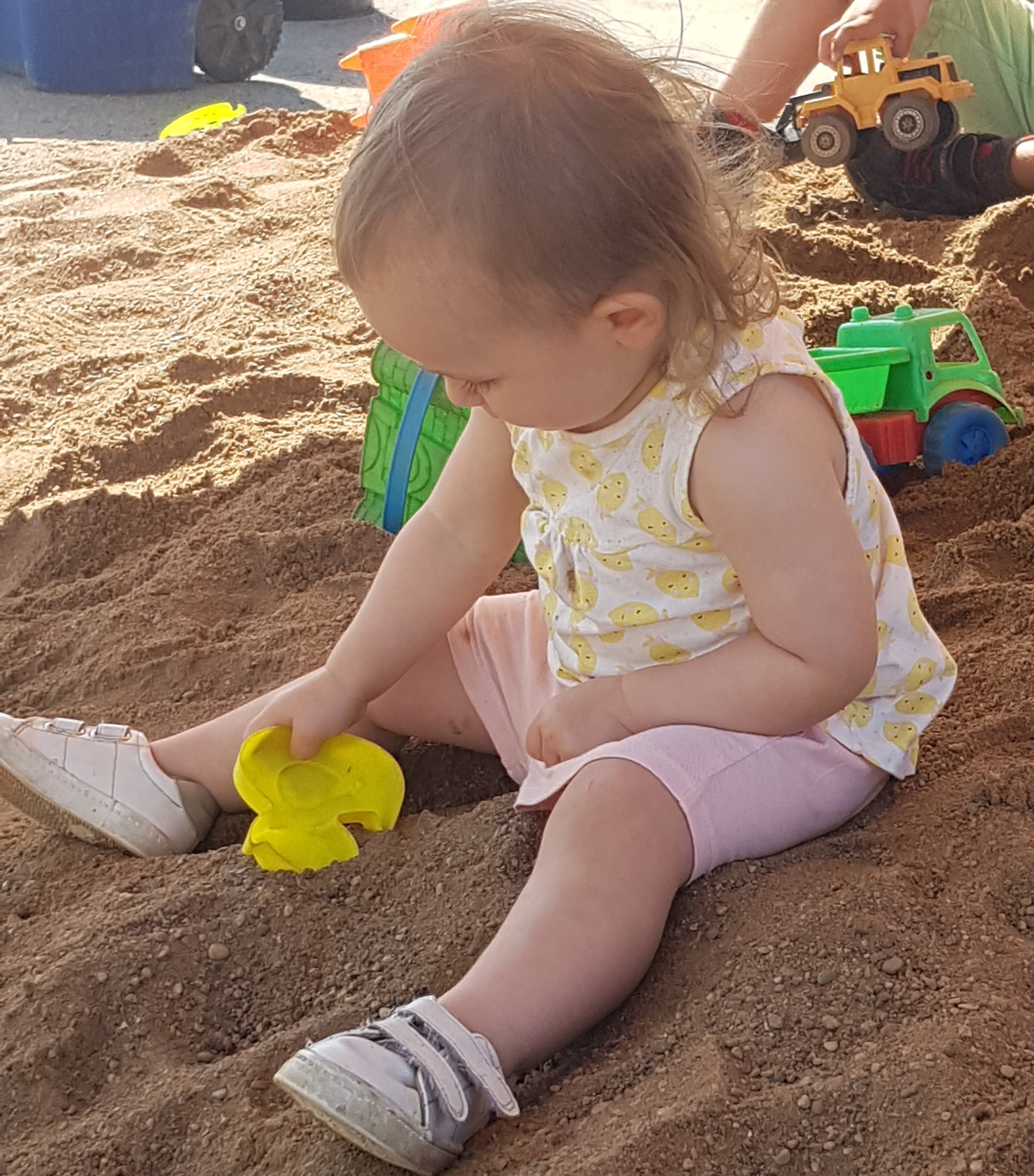 When I was much younger, I used to get panic attacks. I felt a clawing anxiety about things I couldn’t understand or control. Darkness, the world “out there” with people, fierce summer storms – all these were triggers.

I haven’t had a panic attack in many years, and as horrible as they were, they don’t compare to the gut-level anxiety that comes with having a child.

In our childless days, I would worry about my husband. Any time he had to trek to work on icy or stormy highways, any time he made longer voyages, cross-country or otherwise. I would worry that I’d never see him again. Not a consuming worry, just like a switch that would sometimes flip while I was doing the dishes or a yoga pose. I’d have the thought (what if he dies?), push it away, and carry on.

After having a child, I look back on this worry as laughably elementary. I still don’t want him to die, of course, but now if the two of them leave the house, he’s not the one I worry about. If he burns himself on a pan and spills a bit of hot sauce on the floor (as happened yesterday), my first instinct is to make sure our daughter is far away and unhurt. My distant second instinct is to see if he’s okay (he was).

The first time Jane was sick, when she was around 6 months old, I barely slept. She just had a regular cold and a small fever, but I listened to her breathe all night. Was she getting enough air? Is she breathing too fast? Is she going to wake herself up with all that snorting? I wonder if she needs medicine?

The first time (and only time – so far!) that she had a high fever, I stayed awake all night while she slept restlessly. I watched her sleep, I counted her breaths, I called the health nurse, I gave her Tylenol, I waited an eternity for the morning to (get my husband to) take her to the hospital.

Because taking your child to the hospital is terrifying. But Michael isn’t terrified; he’s unflappable. So he took her in while I lay in bed, trying to get an hour or two of sleep, but just worrying instead.

She was fine, it was nothing serious. Still, I clung to her tightly when she came home. This little lump that I love so much.

And then the first time (and only time) she caught a stomach bug. Michael was away, because the Fates have it that he tends to be away when she gets sick. It was bedtime and we were cuddling to sleep. She coughed, and I felt weirdly wet and warm. So I turned on the light, and we were both covered in vomit. I cleaned us up, changed our clothes, changed the bedding. Half an hour later, again. Half an hour later, again. I got wise to the routine and we started sleeping on towels. I lay with her all night, drifting into 15-minute pockets of restless sleep, to be woken to the sound of pre-vomit. I became skilled in jumping to the rescue with a towel to preserve her jammies.

I’d grab some fresh towels and nurse her. She nursed all night. I was afraid of her getting dehydrated. We made it to the morning and she was already much better. But all night long, the merry-go-round of terror.

If anything happens to a child in a movie, or commercial, or a story on the news, I can’t bear it. I cry. It’s too much. I don’t listen to the news at all if I can help it. Michael told me a story once and I haven’t been able to wash it out of my head. The story comes back to me and turns my stomach, hurts my insides. I never want to hear a story like that again.

We were watching A Quiet Place for the second time. In the movie’s intro, we looked at each other with tears in our eyes. Is there anything more terrifying than the thought of losing a child?

On a day-to-day, hour-to-hour basis, toddlers and babies are so demanding of time, attention and energy. I’m not always (read: seldom ever) bursting with gratitude and lovebeams. I don’t spend my often-monotonous days as a parent in a blissful reverie, as much as I’d like to. It’s hard work. I try to be patient, I try to be pleasant, but sometimes I’m annoyed and tired.

Despite this, I feel a love on a deep, primal level like I’ve never felt before. Back in my panic attack days, I feared my own fragile mortality. But that seems like nothing now. I would give my life for hers in a heartbeat, without question. Now her life is the thing I most fear losing. Not mine, not my husband’s.

Is it biology? Is it how parents are programmed?

That visceral love is terrifying because it leaves you vulnerable. A sappy commercial can break you into a million pieces. Your child getting sick can crack open all your deepest fears.

I need to practice a new vigilance, a vigilance against allowing this terror to chronically encroach on my life. To allow her the freedom to grow and experience the world away from me. To not get in her way out of a desperate need to keep her safe. To hold myself together if she falls ill or gets injured, for her sake.

Before having a child, I remember fantasizing about the experience – what my life would be like, the funny things she’d do, seeing my husband be a father, and all the love. I didn’t fathom the terror in those dark corners of 2am, helpless against it all. Where you can do nothing but pray. I get why people pray. I really do.